Hey there! Use this links to bounce around the advice, if you’d like:

Introduction / Why are some MBA programs not requiring GMAT / GRE scores as part of the application?

One of the many reasons that 2020 will go down in history as an overall “UGH” year is that (amongst other horrors) the shut-down of in-person testing centers has forced many applicants to take the GMAT or GRE at home. This has led to all sorts of crazy anecdotes (“The power went out in my neighborhood in the middle of the test! And then my laptop exploded!”)…and THIS has led to many MBA programs WAIVING the need to submit a standardized test score (the GMAT or the GRE) as part of the application process.

So of course — many applicants’ first reaction to this is something along the lines of “Yippeeee! Studying for the GMAT sucks! Now I don’t have to do it!”

Technically: yes. This means you don’t have to take one of these soul-numbing standardized tests.

This now means that you’ve got to prove – SOME OTHER WAY – that you can handle graduate-level business courses, especially the “quant” courses. The burden of proof is now squarely on your shoulders.

How can you prove your academic capabilities without a GMAT / GRE score?

“But…I was a modern dance major who is now a kindergarten teacher and I haven’t seen an equation in ten years!”

Well then: oof. Put yourself in the AdComs’ shoes:  knowing that they DON’T want you to be miserable in (or even, heaven forbid, fail out of) business  school, you gotta give them SOMETHING, ANYTHING to help them feel like accepting you isn’t a huge risk.

I know that “belly-aching about how horrible the GMAT is” is a popular hobby for most MBA applicants. But the truth is, the GMAT is a GIFT for people who have non-traditional backgrounds, or who didn’t take quant courses in college, or who DID take quant courses but didn’t do well in them.

It’s a GIFT because it PROVES to them that you will NOT be an “admissions mistake”: you CAN handle the work, you WON’T break down crying in some dean’s office a year from now because you don’t understand economics, you WON’T embarrass the school by saying something dumb in a recruiting interview, etc.

All those admissions officers who may be underestimating you? Well HA. The GMAT / GRE is your chance to show them, in one fell swoop, that YOU CAN HANDLE IT.

If the school asks for an explanation as to why you’re requesting a GMAT / GRE waiver, what should you write?

This can fall into two categories:

Click on this link to hear the podcast I recorded for Poets & Quants on why many people might definitely want to submit a GMAT / GRE score even if it’s optional / waived: 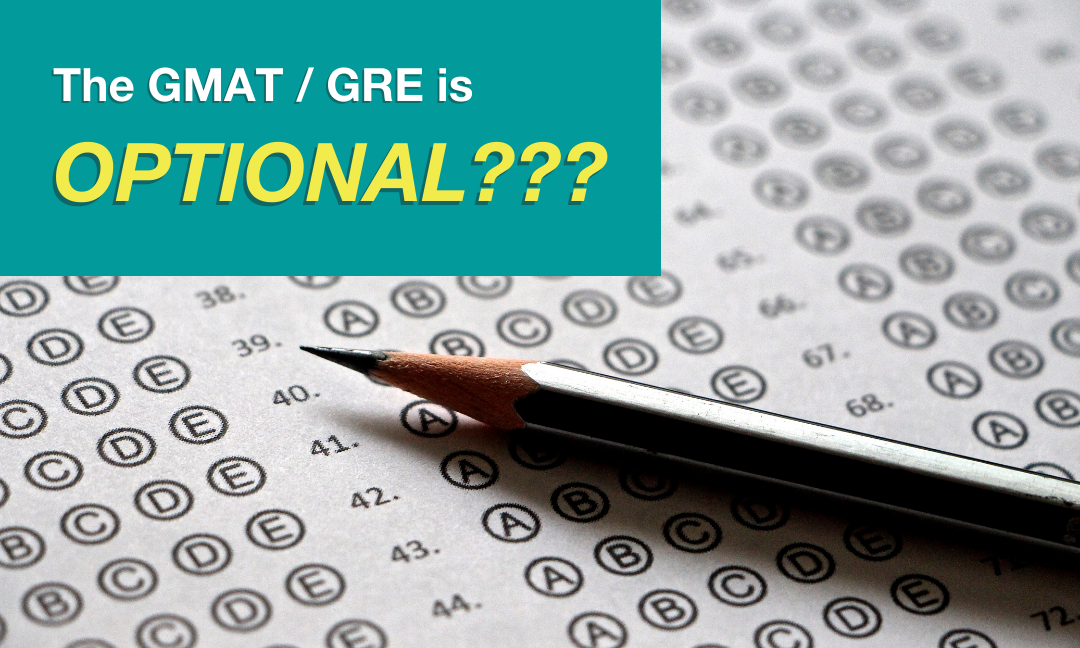