I was torn: I knew that the GMAT was going to be the single most important element that was still under my control in the admissions process — after all, it’s the closest thing to an “equalizer” in admissions* — and yet, I didn’t have money to pay for a class. So what was a scrappy candidate to do? Here are the three things I did to self-study my way to a strong score — but they apply to anyone, regardless of how they’re prepping. I hope they help you too!

1) Use the “Official Guide” – read their explanations

1) USE THE “OFFICIAL GUIDE” – read their explanations

There seem to be a million books, blogs, and services to prep for the test. And they do have value.

But you know what has the MOST value?

Learning to think HOW the TEST-MAKERS THINK.

The “Official Guide” is written by GMAC, the same organization that creates, manages, and administers the GMAT test. The reason these books are so valuable is that they explain, step by step, EXACTLY HOW they arrived at every answer.

(I actually almost laughed out loud on test day when a beast of a quant question — one of those trig ones at the very end — appeared, and it was an almost identical twin of a question I had stumbled upon in the Official Guide two days before!)

And it’s not just for the quant questions — getting the “insider’s view” on what the test makers think about verbal passages too — especially reading comprehension — helps take some of the subjectivity (and therefore some of the doubt) out of your answer choices there.

The other good news? They have guides to match anyone’s focus area or schedule. Have a month or more? Then get the the full bundle.

Have less time, or worried about one particular section of the test? Then get either the in-depth quant review book

or the verbal review guide.

Here’s a secret that high-scoring test-takers know: simplying knowing “how” to answer a question is actually only a small part of test success.

Once you learn the material, the GMAT is actually testing your endurance.

Probably the biggest mistake test-takers make is only prepping in bits and pieces, here and there:

– “I’ll just do twenty minutes of study each night for a month; that should do it!“

– “I’ll do a full-length quant section tonight, then a verbal section tomorrow.”

– “I’ll take a practice test, but I’ll skip the A.W.A. (since writing is easy) and the I.R. section, since it doesn’t really count.”

Here’s the problem. On test day, your adrenaline and stress levels are going to be through the roof. The test is going to have ALL of the sections that you need to plow through…and if you don’t practice doing the whole enchilada in advance, you are not going to have as much energy as you did during your practice sessions. Even if those sections do not require as much energy as the quant & verbal sections, they DO require some energy.

Have you ever watched an Olympic race on t.v., and see a runner initially SPRINT out of the starting blocks, only to quickly lose steam and fall to last place by the end? This is exactly what happens to people who DON’T do FULL LENGTH prep tests. To keep with the race analogy: a marathon is 26 miles. Most people who train for marathons will train for very long distances, in order to prepare their bodies to endure THAT much running, ALL in one day.

NOT taking full-length practice GMAT tests is like training

for a 26-mile marathon by running 1 mile each, on 26 separate days.

Is it the same total distance? Sure.

But will you fall apart on the real “race” (test) day? Absolutely.

Most people can run (or at least walk!) one mile. Very few people can run twenty-six miles, back-to-back.  Similarly, many people spend months practicing, but if they only do it piecemeal, they won’t have the stamina to finish the race when it counts.

So here’s what you need to do:

– Find a place that most closely mimics the testing environment. A public library, or perhaps your office on a weekend, can be a great place. Your home is an OK alternative if you have nothing else, but resist the temptation to answer e-mail or get a snack.

– Take the FULL practice test, as though it were the real thing. If you tell yourself, “Well, this is just a practice”, then you won’t get practice in managing your stress levels. Relaxed test prep will NOT be enough come test day, when your heart is racing and you need to force yourself to focus! Try to convince yourself that this is The Real Thing. And don’t just breeze through the A.W.A. section in a half-baked way: actually think about it and write it as though it were the real test. Make the breaks between sections the same length as in real life, too.

– I don’t want you to wear yourself out by doing too many of these, but I want you to aim for at least two full tests before your real test.

This will help you build endurance, AND get better with pacing.

3) “Personify” the test-maker to motivate yourself (and yes, this one is a bit weird)

So, this last bit of advice is a bit on the weird side, but hear me out: you might find it helpful to develop a picture in your head of who the “Test Maker” is.

Sure, in real life, the test is created by many different people. But if you’re even remotely competitive (which: if you’re applying to business school, you are!), it might help you start to picture one particular person who is on the other side of that screen, throwing these questions at you.

It could be someone you actually know or it could be a made-up person. Doesn’t matter.

Picture a “Test Maker” persona that will motivate you in a unique way.

For me, I can’t stand being “tricked”, so when I was practicing and I got tripped up on a trick question, instead of blaming myself and wallowing in self-loathing, I’d get indignant at the Test Maker: “Oh yeah? Think you’re gonna fool me with THAT one next time? GOOD LUCK, BUDDY! Next time, I’ll be ready.” On test day, I would mentally pat myself on the back when I’d identify (and avoid!) a trick.

For YOU, maybe you respond better to supportive, nurturing types. In THAT case, YOUR “Test Maker” could be more of a kindly teacher type — picture the best teacher or coach you’ve ever had. Imagine them giving you the question, gently smiling at you, and saying: “Now, I know you know how to do this. You’ve trained for it! Just think!”

YOU know which sorts of “triggers” can get the best performance out of you:

maybe it’s the thrill of competition; maybe it’s a love of solving puzzles; maybe it’s working with a supportive coach; maybe you once had some jerk put you down, and now you’re going to show them; maybe imagine it’s your best friend, rooting you on!

If you can identify those triggers, see if you can use them to add an extra boost to your training.

The other benefit of this technique, as I alluded to above, is that it might help you you stop blaming yourself, and start blaming the Test Maker when you make a mistake during practice.

This can help prevent “internalizing” mistakes: it’s not that YOU are [stupid / lazy / sloppy], it’s that the TEST MAKER is [devious / cunning / only wants what’s best for you (and so the tough questions are meant to help)].

I know it’s a subtle, and again — probably super-weird sounding! — mental shift, but part of the Mental Toughness that’s needed to get your best score possible during this 3.5 hour test is to keep bouncing back and not engage in self-fulfilling negative prophecies.

You know, I wrote up this post and made that cute little graphic up at the top and everything… and then realized that I actually have a fourth mini-tip! But “3” is a nicer sounding number, so let’s call this the “bonus tip” instead of “tip #4” 🙂 To get your best score possible, you need to be fitting practice in WHEREVER you can, throughout your day:

Stuck in line at the grocery store?

Waiting for a friend for lunch?

Have five minutes to kill before your next meeting?

Do a practice question.

Don’t have pen/paper to work the whole question out? Then at least silently walk yourself through HOW you’d attack the problem.

I also want you to live and breathe the test, especially in the 2 – 3 weeks leading up to it (if not sooner).

Maybe you usually meet up with friends after work a couple times a week. Well, not now. Not for a few weeks, at least. Maybe you give up going out to lunch 1 or 2 times per week and instead eat lunch at your desk and study instead. Maybe instead of watching four tv shows per week, you temporarily cut it down to two. Your DVR / Netflix account is on your side – those shows can wait until another day, but the test day is carved in stone!

I often talk to people who are like: “But Maria, I don’t have TIME to study!!!” (this is a close cousin of: “But Maria, I don’t have TIME to write good application essays or do informational interviews or sit down with my recomenders!”). But: be honest. Take a brutal look at how you spend your time. Is that REALLY true? On the one hand, I’m not trying to FREAK YOU OUT or cause burn-out. You DO need to keep SOME parts of “non-GMAT life” in your life in order to stay balanced and sane.

On the other hand, your competitors to business school are,

in fact, probably making these sacrifices.

Hey: maybe if picturing a “Test Maker” isn’t quite the right motivation….maybe picturing “Your Competition” is? 🙂

Getting good at these questions is like learning how to ride a bike: you’ll be wobbly and make mistakes at first…but if you practice a ton of them (especially using the Official Guide!) they will start to become second nature to you! 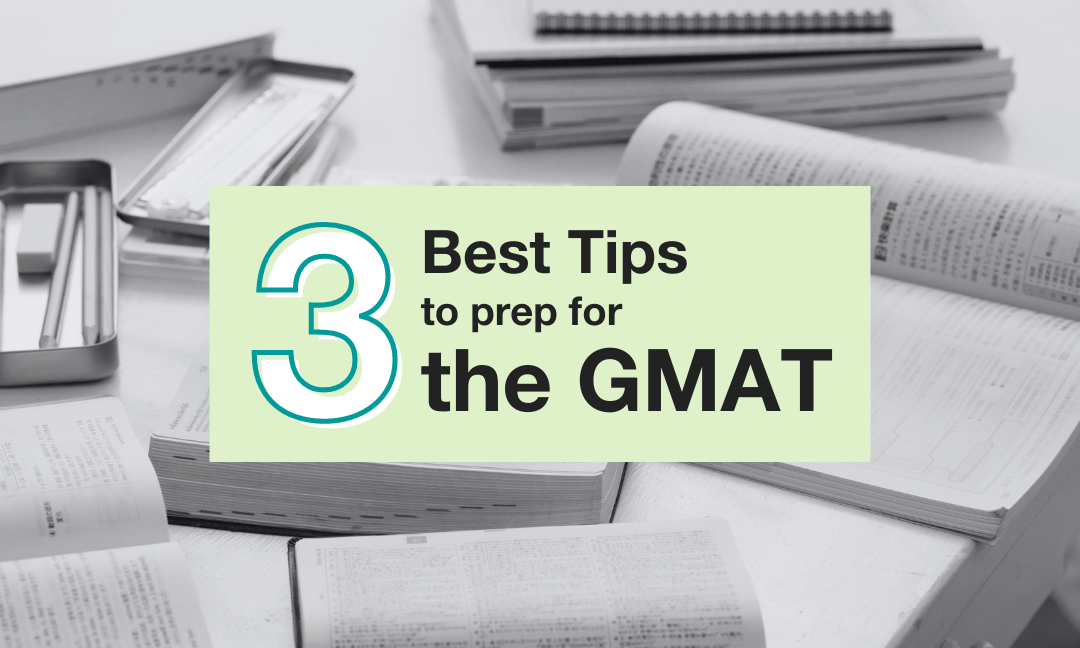