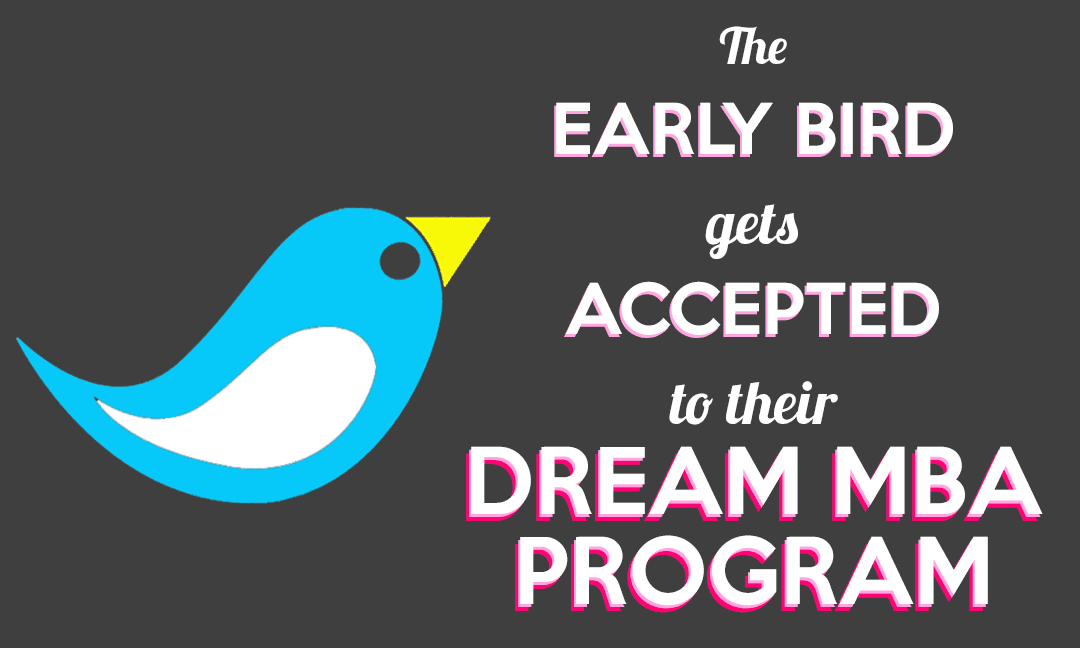 Preparing To Apply To An MBA Program? Things You Should Do NOW!

Are you thinking of applying to an MBA program in 3 months, 6 months, or more?

Even before the schools release their updated essay questions, you CAN start doing things now to prepare the written elements of your application.

(The first and most commonly-given piece of advice is: do everything in your power to crush the GMAT, which I fully agree with. The “ROI” on your time is highest here. Need GMAT tips? See my blog post with the GMAT tips I used to self-study to a top score)

GMAT aside though, there are several things you can be doing on the qualitative side of things to bolster your profile.

After all, while the GMAT is the single most important factor in MBA admissions,

given to the qualitative elements of your application.

On a pragmatic level, there are things you can be doing now, even way in advance, to make your application stronger later on. They’re little seeds that you’ll be relieved to harvest in a few months!

Watch the video below, or read the tips under the video:

You know that you’ll probably need two letters of recommendation. What you might not know yet, is that those letters aren’t always “letters” per se, but rather, they are often a series of short-answer questions that your recommenders need to answer.

While the number of questions, and the wording of the questions, varies from school to school, in a nutshell, your recommenders will be asked to talk about “stuff you do well” and “stuff you’re not so great at”.

So, let’s focus on the “weaknesses” question. The questions might be something like: “What are 2 – 3 areas of developmental improvement for the candidate?” or “Talk about a time you gave the candidate negative feedback: what was their response?”

The “what is the candidate’s weakness” recommendation question totally screwed me when I applied, because to be honest (at the risk of sounding immodest, but, uh, this is the truth), I was a bit of a rising star in my company and my annual reviews were pretty much flawless. Given that, my recommenders were like, “Uh, what should we write here?” and I was like “I HAVE NO IDEA. WHAT DO YOU NOT LIKE ABOUT ME?!?! BE HONEST.” and they were like: “UH, NOTHING.” …and… it was weird. And stressful.

So the #1 thing you can do now, to make applying to business school a bit easier later, is to

sit down with your potential recommenders and say,

“Hey, just curious: what could I be doing better around here?

How could I be making more of an impact? Have you ever seen me mess something up; if so, what?”

Then, whatever they tell you to get better at: over the next few months, start taking concrete steps to improve that thing.

Mention it to them: “Hey, so I bought a book about [THE THING I NEED TO GET BETTER AT] and I learned the coolest thing! Did you know that [SOMETHING INTERESTING?]”

Better yet: try to find an opportunity to show this newfound improvement in action.

2. Stepping up leadership at work / community:

Don’t have a strong history of taking charge of stuff at work? WELL NOW IS YOUR CHANCE! Keep your eyes peeled these next few weeks for a way at work to dive in and make a noticeable impact. Don’t work at a place that will allow you to do this? No worries – try to find a way to step up your leadership involvement in a non-work activity. (What do I even mean by “leadership” anyway? The Brainstorming module of the Lab describes in detail, the DIFFERENCE between “leadership” vs. mere “management”.)

BUT HERE IS A SERIOUS WARNING: if up until now, you really haven’t been doing too much of the whole “community service / volunteering thing”, then please, DO NOT SUDDENLY START NOW. This is a topic on which I disagree with a few of my fellow admissions consultants – some people out there will tell you to HURRY THE EFF UP and starting doing SOMETHING, ANYTHING with community service.

To which I say: “Phhhhhtbh. Do you think – for a second – that Admissions Committees don’t see 100% RIGHT THROUGH THAT?”

Ask yourself: If *you* were an AdCom member, and you saw a file cross your desk of a 26 year old who has never really done much community service who SUDDENLY SIGNS UP FOR THREE VOLUNTEER THINGS IN MARCH – well, what would you think? You’d see right through it. And they see through it too. (side note: if you DON’T have a long history of building orphanages for blind whales, don’t panic: I’ve got advice for you in the “Strengths & Weaknesses” module of the ApplicantLab)

Before we move on — and speaking of the Strengths & Weaknesses module — have you gotten your free candidacy assessment yet?

I won’t go too much into this, since there’s already a ton about it in the “Career Vision” module of the Lab, but – if your career vision involves any sort of “switch” (industry, function, both), then start doing work now to “prove” the viability of the career vision / why MBA argument you plan to make. Check out our Free Trial (no credit card required!) for more on this!

New around here? I’m an HBS graduate and a proud member (and former Board Member) of AIGAC. I considered opening a high-end boutique admissions consulting firm, but I wanted to make high-quality admissions advice accessible to all, so I “scaled myself” by creating ApplicantLab.
ApplicantLab provides the SAME advice as high-end consultants at a much more affordable price. Read our rave reviews on GMATClub, and check out our free trial (no credit card required) today! 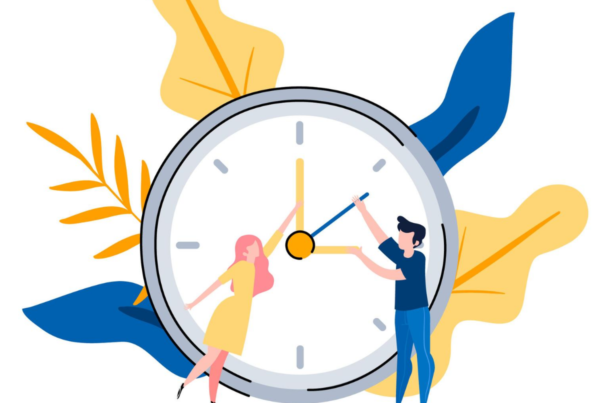 Are you too young for an MBA? Advice for Younger Applicants 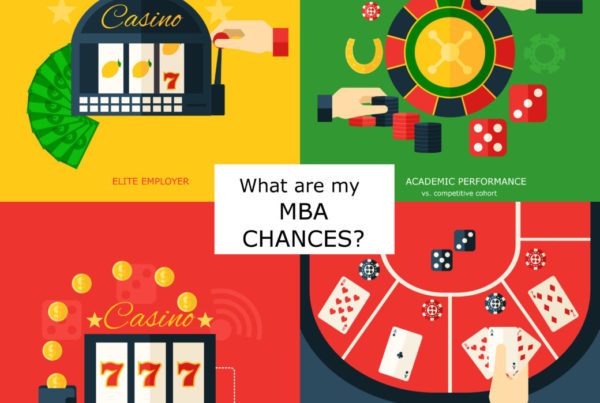 MBA Admissions Chances: How To Really Determine Your Odds 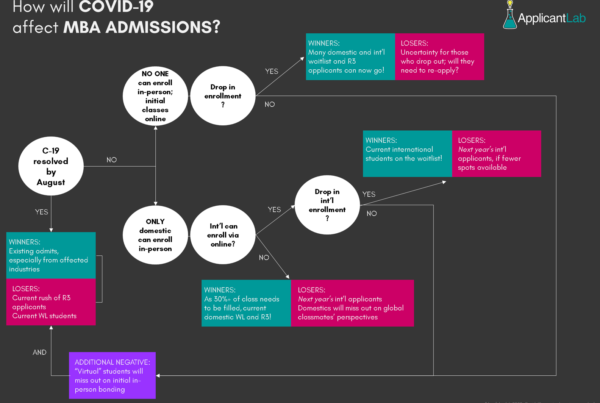 How Will COVID-19 Affect MBA Admissions and Enrollment in 2020? Impact on Round 3 Waitlisted and International Applicants (Infographic)

Have questions? We're here to help!