MBA Rankings: Do (and Should) they matter when it comes to deciding what MBA Programs to apply to?
ApplicantLab |
July 23, 2021

So you’ve finally made the big decision.

You’ve worked hard at your job for a few years, had some highs and lows, gained invaluable experiences, and are ready to take the big plunge. You’ve decided that this is the year you’re going to apply to business schools, get into a great MBA program, and sky-rocket your career.

What’s left now? Well just taking the GMAT if you haven’t, and writing a few essays, right? Sure, there’s some effort you have to put into the process but at least there’s no further decision making involved… right?

Before you write a single word of any essay, comes the biggest and most crucial decision every MBA applicant has to make…

Deciding which schools to apply to.

“Why is that a big decision?” I hear you ask. “I’ll just go online and check out the most reputed rankings. All I have to do then is apply to the top programs; I’m aiming for the best!”

Except if that’s the philosophy you’re following, you might be aiming for the “best”, but you’re unlikely to be identifying the best for you.

“But rankings are made by considering all the key metrics which determine how great a school is and how awesome I’m going to be if I graduate from it, so why shouldn’t I just apply to the top 5 schools?!”

Okay, okay, we hear you. We understand that top ranking publications such as US News, The Financial Times, The Economist, Poets & Quants, Forbes, and others make very compelling arguments about why their rankings are accurate. And it’s also very easy to get caught up in wanting to go to the most “prestigious” program possible (especially if you’re a member of the MBA Applicants Bowl on Fishbowl or a reader of r/mba on Reddit – sometimes it seems like ONLY rankings matter to people there.)

Here’s a thought to consider though: every year you hear about applicants with a 4.0 GPA, 780 GMAT, incredible work experience at the best companies who apply to top schools and get rejected. They’ve got everything a school needs, so why can’t they get in?

Think of it like this – Imagine you’ve decided to go out for a nice dinner on a Friday night. You open your phone, and check out the reviews for restaurants in the area. You get a list of the best ones: a few pizza places, a new burger joint, a fine-dining French restaurant and many more.

Would you straight away pick the one with the highest rating? Of course not! You’d look at the cuisine and whether it’s to your liking, you’d see how far it is and whether you like the location. You’d probably want to know what the vibe and crowd of the place is like to make sure you’ll actually have a good time!

The same concept applies when you’re deciding which schools to apply to.

Admission committees don’t just look at numbers and grades, they look at people. They want to find the right people who will contribute to their community and cohorts, and fit in with the value system that they have built and maintained over decades. In doing so, their method of selection looks deeper into you as a person, and if that fit does not seem honest, they’re unlikely to offer you a place. (See our post “Admissions Committees Have Needs” for more on this.)

Lack of understanding about a school’s fit and values also comes across very clearly in your application to experienced AdCom members. Generic talk about your interest in a school based only on rankings looks radically different from well researched perspectives about fitting in with a school. Think about it yourself, which would you prefer out of two essays; one which just talks about X being a great program, or one which talks about specific program elements, interactions with alumni and faculty, and goals aligned with the school’s mission?

The exact same logic applies from an applicant’s perspective as well!

While applying to schools without the right fit not only reduces your chances of securing an admit (as we just discussed above), even if you do get in, you might fail to make the most of your MBA experience. Not every highly ranked program can lead you to the career that you dream of, and there’s nothing worse than going through an entire MBA and ending up feeling unfulfilled at the end of it.

Here’s the story of one of our ApplicantLab candidates, who had unsuccessfully applied to the M7 schools in Round 1 last year, without much reasoning for this decision beyond the fact that they were the most renowned programs. Come Round 2, he took on our advice about selecting schools and had this to say,

“I would like to say that I realised by attending an MBA fair at Paris that I should have listened to you at the beginning when you advised me to apply to “lower ranked” schools. I got along with Cornell, Duke, and Tuck people at this event and realised that it’s more about the fit between me and the program than just a question of ranking.

I took the decision to apply at Cornell because I really liked the school and the culture. I think that if I don’t get an offer there I will reapply and put all my focus on those schools instead of aiming at just higher ranked programs.”

So that’s what he did. Took the time to find the schools that worked the best for his profile and interests, and found Cornell to be the ideal choice. What happened next you ask?

And it’s worthwhile to note that his pure stats weren’t all that “impressive” — in fact, his GMAT (650) was well below Cornell’s median GMAT of 700!

By demonstrating fit and passion for the program, he was not only to secure a seat, but wowed the AdCom enough that they decided that they wanted to recruit HIM with the scholarship.

Circling back to the start of this discussion it’s crucial to now understand that unlike students and schools, rankings do not have subjective elements. They have to use standardized metrics as a base for comparison, that’s literally how statistics work!

So we’ve been hating on rankings for a while now, but that’s not to say they don’t serve any purpose. In fact, rankings can be a very useful starting point, especially for those who are completely new to the world of business schools and admissions. A few genuinely useful reasons you should check out school rankings include:

Every cohort at every business school will always have exceptions; students who defy everything we’ve described above and managed to secure an admit at a “top ranked” school. But when it’s your own applications at stake, why risk taking a shot in the dark just based on a list prepared by someone else?

To conclude, MBA rankings are certainly a good starting point for prospective applicants looking to identify schools to apply to. But they should under no circumstances be the start AND end of your research. Make sure you do the legwork, speak to the right people, understand yourself and the schools, and then get started with the right applications!

P.S. Convinced by what we’ve said but confused about how to do your research and decide on which schools to apply to? We’ve got more advice on this in the Lab – start your free trial now to check everything out! 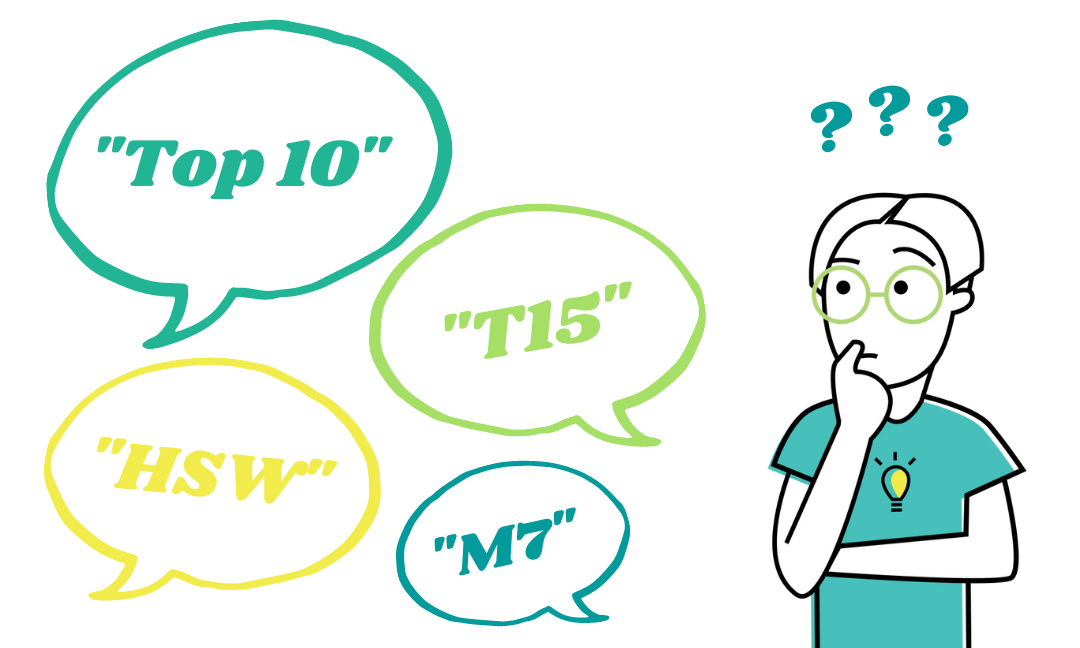 Admissions Chances | Application Tips | General | MBA Admissions Advice
MBA Rankings: Do (and Should) they matter when it comes to deciding what MBA Programs to apply to?
ApplicantLab |
July 23, 2021

ApplicantLab is an online platform designed to provide the SAME advice as high-cost admission consultants for a fraction of the price. Learn more about how ApplicantLab works, read our rave reviews on GMATClub, and check out our free trial (no credit card required) today!
← Previous Post Next Post →
ApplicantLab: How it works
Upgraded Users Log In For Details
Don’t have an account yet? Start Your Free Trial