I love HBS (I chose to apply and to go there for a reason!) and that, combined with my 10+ years of giving admissions advice, makes me feel that I “get” them. In fact many ApplicantLab users have said that they are shocked at how many interview questions I correctly “guess” when doing a mock interview. ApplicantLab currently has a couple of hours’ worth of video guidance for how to create a winning HBS application (as well as a video with what NOT to say!)(for example, please don’t waste their time with lame descriptions of your childhood, such as: “I was such a curious child!” Umm, hello? All children — literally ALL CHILDREN — are curious, thanks to millions of years of evolution. So why waste your [their] time with the same story everyone else has about how much you loved to take apart the DVD player as a kid to figure out how it worked? YAWN. Don’t do it!). Anyway, moving on…

Harvard Business School essay deadlines for the class entering in 2019:

As usual, HBS leads the pack with super-duper early Round 1 deadlines. I have a theory on why they strive to be the earliest school each year (if you want to hear it, let me know and I’ll elaborate in another post).

With those logistical details out of the way, let’s move on to…

Harvard Business School essay question this year (a.k.a. “If it ain’t broke, don’t fix it”!):

As we review your application,
what more would you like us to know
as we consider your candidacy for the Harvard Business School MBA program?

Before we move on to this year’s essay, let’s spend a second on why that old “introduce yourself” essay was such a wasted opportunity:

For years, the HBS adcom has been the master of “please make us read the fewest words possible“. They previously had very short essay word-counts: with each year, the word-counts of the essays kept shrinking and shrinking…

It’s important to know that HBS is a school that ADORES brevity. Because:

Here’s what was confusing about last year’s question. It felt like a trap, because it compelled you to write about what HBS has been saying for years it does not want to hear about.

The previous “introduce myself to my section” question practically begged me to talk about biographical info the Admissions Committee already knows. (but that my new section mates would never otherwise know). where I’m from, what my pre-HBS college / job was, maybe any non-profits / causes / hobbies I’m passionate about, and what I’m hoping to do at & after HBS.

This information is exactly the stuff HBS has flat-out TOLD people to NOT talk about in previous years. Which left people last year with a stressful problem: Did they answer the question directly, as asked (and risk being repetitive?)? OR do they take the prior years’ essays as a model and ONLY talk about the “missing pieces” / fill-in-the-blanks?

Based on my clients who got in last year, the correct answer was a balance using the 80/20 rule. About 20% biographical, 80% on the “hidden pieces.

[Quick side-note: ApplicantLab is the only admissions service officially endorsed by the HBS student newspaper, The Harbus. We teach you how to win the admissions game, for an affordable price. Check it out when you have a sec! ]

It’s logical to assume that a LOT of people submitted essays last year that were either:

and is continuing to use that same question for now the third year in a row,
we can assume that they do NOT want some of the biographical / background / career vision elements
that last year’s question was practically begging you to include.

Because: if they WANTED that stuff, they would have kept the question the same.

So, what are the sorts of things that “Introduce yourself” might have tempted you to write about, that you probably SHOULDN’T write about THIS year?

Fine, you’ve convinced me to resist the temptation to write about that other stuff. So what SHOULD I write about?

For a clue here, let’s go back to how they worded the original version of this question a couple of years ago. “We can see your resume, academic transcripts, extracurricular activities, awards, post-MBA career goals, test scores, and what your recommenders have to say about you. What else would you like us to know as we consider your candidacy?“

So here’s where you take a step back and consider all those other pieces of your application first. As you may have seen in my “early bird” posting & video, you need to be actively thinking about what your recommenders are going to say about you before you apply. For Harvard, take it one step further and fully complete the “Recommender” module in ApplicantLab first… as well as the Resume module. The HBS application form itself is also going to give you a small (BUT IMPORTANT) text-box in which you can explain your job’s duties and greatest accomplishment/challenge overcome.

You need to create the rest of your application first – or at least, have a good idea what you’re going to say where. Then: take a step back and ask yourself two questions:

1. “What vitally-interesting or important back-story is missing here? What’s the story behind Situation X that they would never otherwise guess, but that gives great insight into me (especially how strong of a leader I am)?”

2. “What sorts of QUESTIONS might they have, as they read all these different parts of my profile?

This advice should be enough to get you going, and avoid mistakes that sank other people last year. An even more detailed analysis, including how to answer the two questions above, as well as an in depth walk-through of the application form itself, is provided to premium ApplicantLab users… at a fraction of the cost of other admissions consulting services.

Did you know? Other expert admissions consultants want to charge you $4,000 for advice for just one school! As an HBS alumna who takes seriously the school’s mission to educate leaders who “make a difference in the world”, I decided that my attempt at “making a difference” would be to use my 10+ years of admissions consulting expertise to — instead of creating my own high-end consultancy — launch an interactive “virtual” version of me, that walks you through the exact same steps I would use with you in person… but since it’s on-demand / digital, it costs a fraction of what other top admissions consulting firms charge. It’s called ApplicantLab. It has been officially endorsed by the HBS student newspaper. And at last year’s HBS Alumni New Venture competition, it was named “Crowd Favorite” in my regional competition. 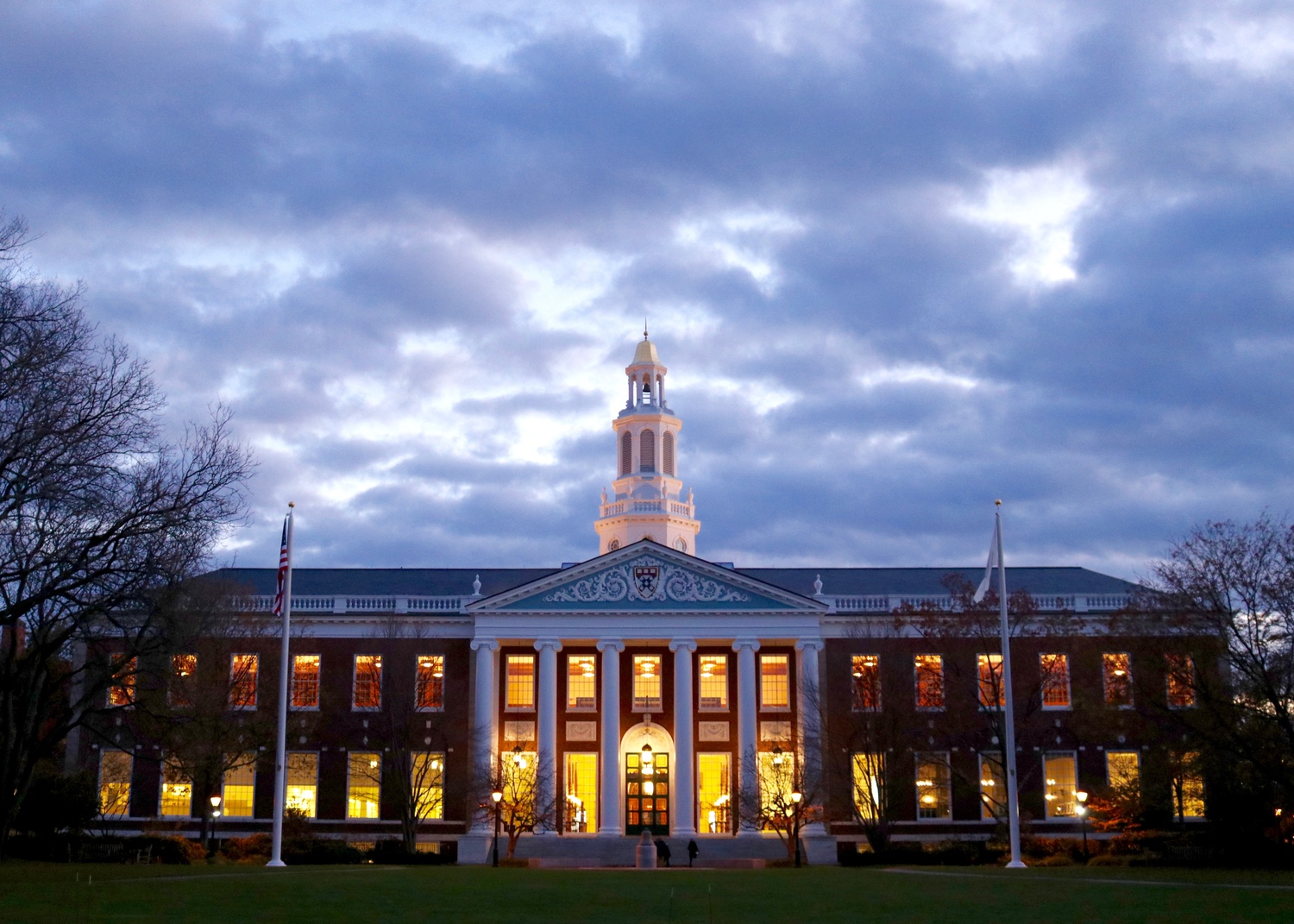